I went to the UK to visit my brother, family and run the Robin Hood Marathon in Nottingham which took place on the 25th of September 2016. This was my first international marathon and I picked a good one.

Skip the words below and watch the video I made - sorry it’s a little wobbly (someone buy me a gimble).

My brother (he also did the marathon) and I were dropped off by my uncle on a cold morning. Which was odd because it had been warm and sunny the whole week before the race. During the race it heated up quite a bit.

The race started at 9:30 which is much later than I’m used to, here in South Africa we usually start races around 6/7am because it gets hot fast. 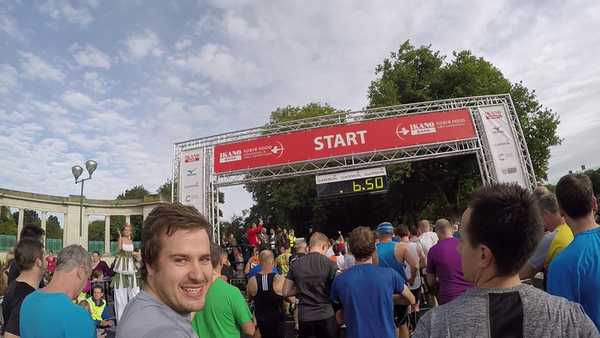 I wore a corny South African t-shirt because why wouldn’t you? It kind of worked as a couple people commented and there were two other South African runners on the route that said “HOWZIT”.

I had seen some of Nottingham’s touristy sites before the race and thought it might make the race a little boring. But I was impressed how they laid out the route to pass all the places of interest, some which I hadn’t seen.

We started at Victoria Embankment a large park next to Trent River which is the main waterway through Nottingham. Heading into the center was the only elevation on the whole course running past the Robin Hood statue and Castle. I enjoyed the old and new architecture mixed around the city which you don’t see much here in Johannesburg. 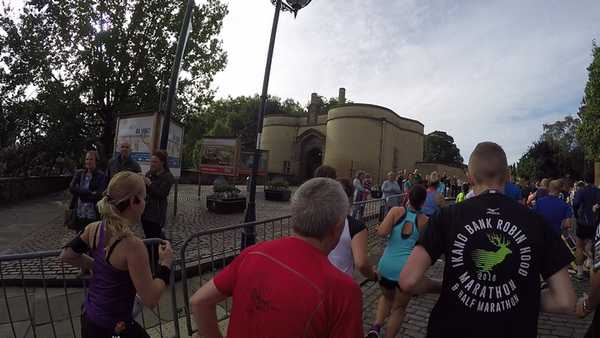 After heading through the city center the race went through the University campus which had a couple unique buildings. Then we ran through Wallaton Park a massive park in the middle of the city which has deer and an old mansion inside of the park. I didn’t see any deer on the run but saw some on an earlier trip to the park. The deer are pretty impressive with large antlers and that they are tame hanging around the park with the park goers.

The half marathon split came and went. I saw Notts County Football Club grounds which is one of the two cubs in Nottingham. I remember seeing a runner running for a charity carrying a donation bucket full of coins and it looked pretty heavy. 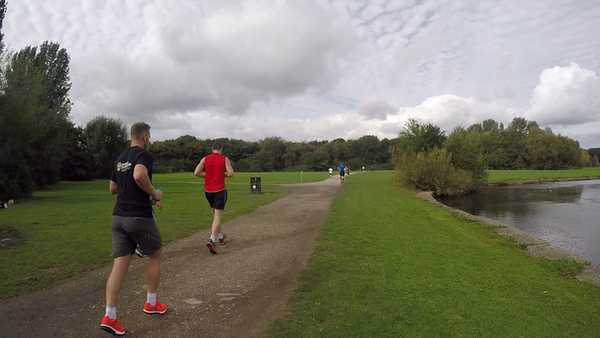 Colwick Country Park was the next interesting attraction we ran through. It’s a beautiful park with lakes, rivers and forests. This was another highlight for me during the race because it’s where I finally caught up with my brother and I could relax as he started so fast.

One of the last major sites on the route was the National Water Centre where I saw dragon boat racing and a couple sail boats. After this we headed straight back to Victoria Embankment which was the finish line after passing the Nottingham Forest Football Club. I was pretty disappointed because the finish was right across the river, but the route took us another 3 more miles away before coming back to the finish again. 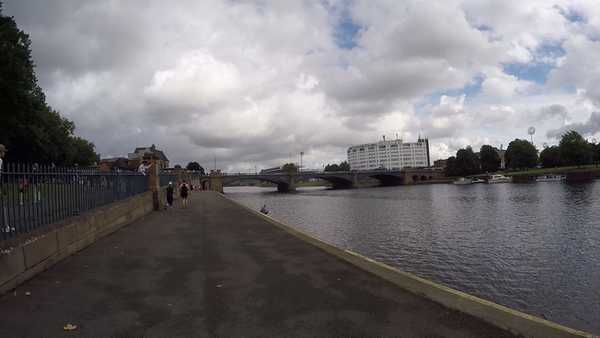 The finish started by crossing the Trent Bridge and running into the Victoria Embankment grounds where everyone was cheering. I finally got my first international marathon medal!! I was really impressed with the large and weighty medal, it’s by far the biggest medal I have in my collection.

I had to finish the race with a beer! 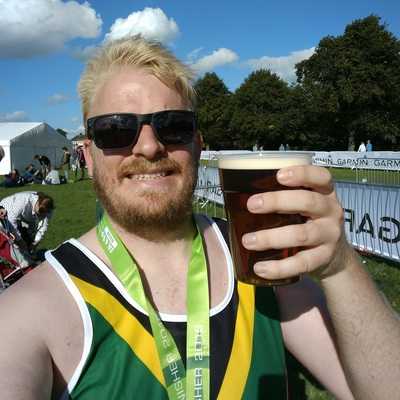 There were many supporters on the route that helped move me forward. The water stops were good providing water and Lucozade (never had this on a run before and it was ok). There we also a couple people on the side offering sweets which helped a bit.

I was really grateful for my aunt and uncle supporting my brother and I during the race. My family also had to get me to Heathrow Airport straight after the race. 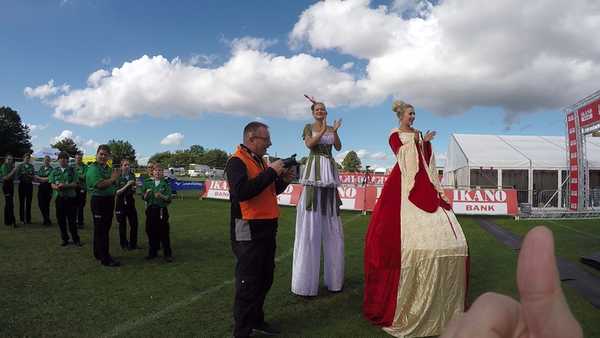 I was also proud of my brother doing his first marathon on piss poor preparation, well done bro!

I did a sub 5 hour which is good but I was hoping to do better. My seeding in the race cost me 6min at the start just incase you wondering (excuses?).

An interesting complication of my race was the fact that I needed to catch a flight that evening from London, which is a three hour drive from Notthingham. So I did not have much time to celebrate and relax with my family before starting my journey home. The journey was a little tough with stiff legs, but I wore the official t-shirt from race proudly all the way home. 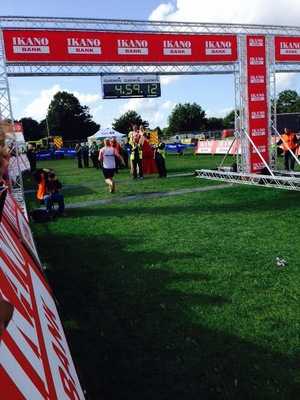 I am really interested in doing a couple more races outside of South Africa. If you have done any races around the world I should check out let me know.