This was my first long-distance trail run at 52km through the stunning Eastern Cape Highlands. Finishing the Rhodes Trail run was really fun and I highly recommend you try it out. The date of the race was 29 June 2019. I did some filming on the course so take a look. I’m a little out of practice so it’s quite shaky and a bit rushed.

There are a couple of things to note about this race, the first is the waiting list. I remember entering a couple of YEARS ago, so getting in the race this year was great! In case this puts you off there are a few other ways to get in. One way to get it is through a lucky draw. The other way is to find someone with an entry that will be willing to give you their spot.

The race is run in winter and it often snows. This year it didn’t which was a relief and a disappointment (damn climate change!). It would have probably made the day twice as hard, but given me some sweet photos :) 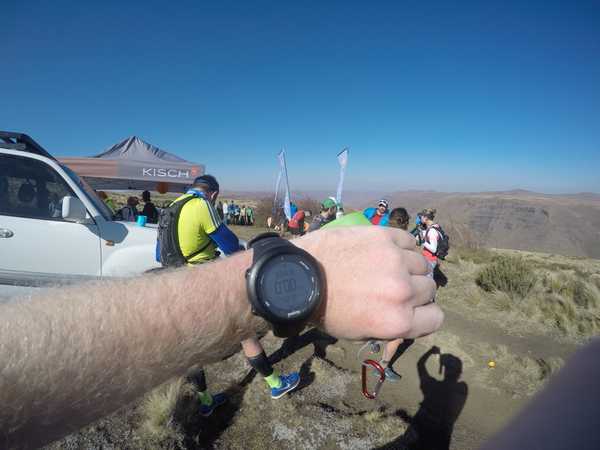 It’s called the Rhodes run because it starts in the town called Rhodes which seems to be the gateway to the mountains in the Eastern Cape (near the Lesotho border). It’s the town you go through to get to Tiffindell ski resort. Also, they mention this in the FAQ which is funny, it is nowhere near Rhodes University in Grahamstown.

The race is managed by Evie who is awesome at sending out updates, reminders, tips and funny emails during the build-up to the race. The race is also well supported by the farmers and people in Rhodes.

The night before at registration there is a nice community meal (it was so nice) and OBS was given out all round. The community also manned the water points which were pretty well stocked with all kinds of things above the usual water and sweets you expect. The race also has a number of traditions which are fun like jumping into a cold stream and a bunch of others (see rhodes-traditions)

My race went well considering my aim was just to finish in time. The cut-off was 9 hours and I did 8h25min so it was a long day but I made it! The build-up completely freaked me out and I was so worried about the cold, distance and the altitude.

I had an expensive waterproof jacket, gloves, a buff and an extra warm top which was fine for the cold on the day. There was no snow but it was extremely windy at the top of Mavis bank for which the waterproof jacket worked a treat. I handled the altitude fine, it was a bit harder to run at the top of the mountains but I didn’t suffer too badly. The route wasn’t very technical apart from a few parts like the steep climb up Mavis. If you can do the distance and it doesn’t rain/snow you should be fine. I took some trekking poles which I used in a few places that helped so much, however, I don’t really know if I would use them again because you need to carry it the whole way (it was the first time using poles on a run).

Accommodation I messed up a bit, I left it late and ended up staying in Barkley East which is an hour out from Rhodes on a rough dirt road. The guest house was great but I would recommend you try getting a place in Rhodes as I missed a bunch of the buildup and the festivities after the race because of staying so far away. The early wakeup and some extra stress getting to the beginning of the race didn’t help. I did see some tents in Rhodes so I think that’s an option if you don’t book accommodation in advance.

The Rhodes Trail has some of the best mountain views I’ve seen and a good race for an introduction into longer trail races. Have a look at the video to get an idea of the race. 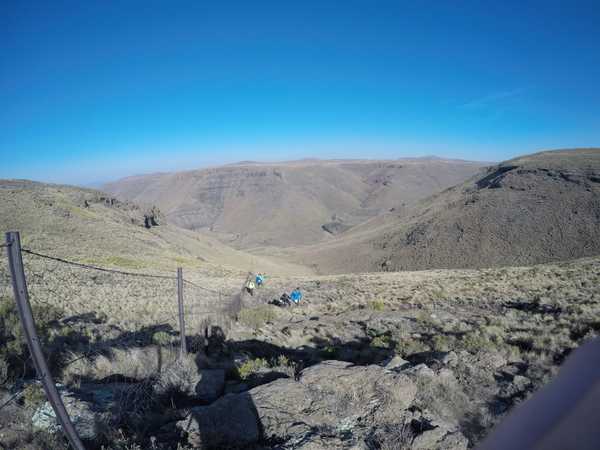 Shoutout to my girlfriend for supporting me with a bunch of things on the weekend and my folks for lending us a decent car for the 9-hour drive from Johannesburg.